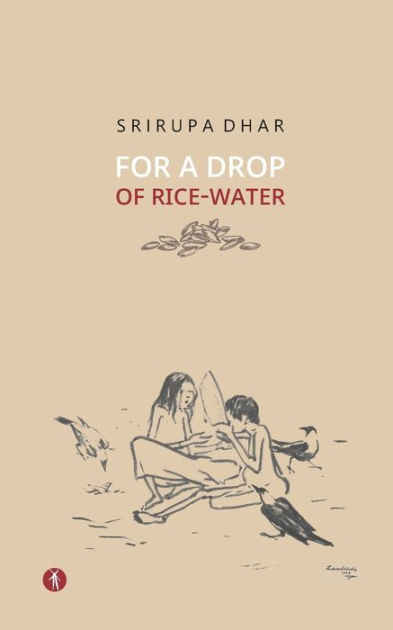 Sri Dhar will be at the New Americans Book Fair with her debut novel, For A Drop of Rice-Water which she will read from on Saturday, October 8, 2022, at the Columbus Metropolitan Library, 5590 Karl Road, Columbus, Ohio beginning at 12pm.

For a Drop of Rice-Water is a telling commentary on the Bengal Famine and ensuing food riots amidst a country torn by its struggle for independence. Set in the backdrop of the Second World War, the narrative that begins as a take on sexual violence slowly turns into the survivor owning herself, her identity, and throwing herself headlong into the freedom struggle. The novel sketches a parallel to present times.

Srirupa Dhar is Indian by birth and has been living in the United States since 1998. She completed her M.A. and M.Phil. from University of Calcutta, India. She has a third master’s degree in English with Technical Writing Certification from University of Alabama in Huntsville, U.S.A. Srirupa taught as a young college lecturer in Calcutta, West Bengal and as a junior high school teacher in Columbus, Ohio. She has also worked as an interpreter in Columbus.

She is a voracious reader and takes an avid delight in many forms of art. Currently, she is a writer, primarily of fiction. Her debut novel called For A Drop Of Rice-Water has recently been published by a traditional publishing house. Some of her short stories have been published in The Bangalore Review, The Seattle Star, The Statesman and Café Dissensus. One of her short stories has been published in Muffled Moans Unleashed, an anthology on child abuse and sexual violence. Some of her nonfictional works have appeared in collections of essays.

One of her distinguished nonfictional articles called “Self-realization of Women through Binaries in Chokher Bali and Ghare Baire” has been published in “Reading Rabindranath: The Myriad Shades of a Genius.” Occasionally, Srirupa acts in plays in Columbus. She is part of an amateur dramatic society.