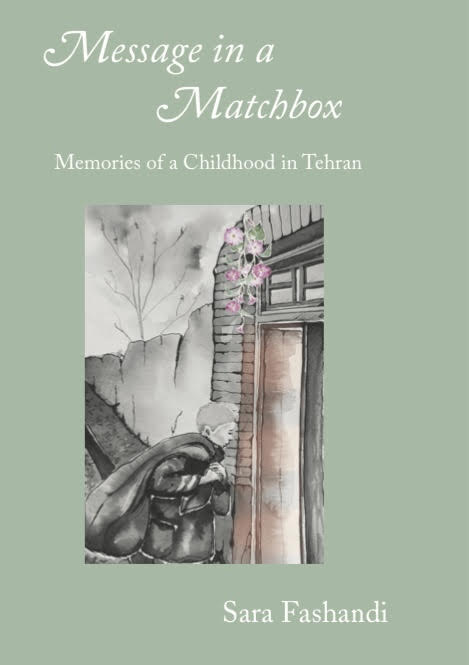 Sara Fashandi in Message in a Matchbox is fascinated by the memory of his oldest brother while growing up and is excited to share the story at the New Americans Book Fair on Saturday, October 8, 2022, at the Columbus Metropolitan Library, 5590 Karl Road, Columbus, Ohio beginning at 12pm.

Sara Fashandi has made the inaugural book fair a national affair as she travels from California to Ohio to be part of the event.

“His name is Mohsen, and he was born in Tehran, Iran, to poor, struggling young parents. As early as age six, he figured out how to be creative and make money to fill his empty stomach,” Sara narrates in her book.

“As he related his memories to me, I understood what had made him the fascinating, jovial, and hardworking man he has become. He has always had calm confidence about him, as if he felt no need to impress anyone. He didn’t have to. He had been through so much that by the time he was twenty-three…”

Sara Fashandi was born in Tehran, Iran.  She moved to United States in 1977 to attend college at the Ohio State University, where she earned a graduate degree in biochemistry. Sara currently lives in Northern California but considers herself a Buckeye.  Message in a Matchbox is her first book.