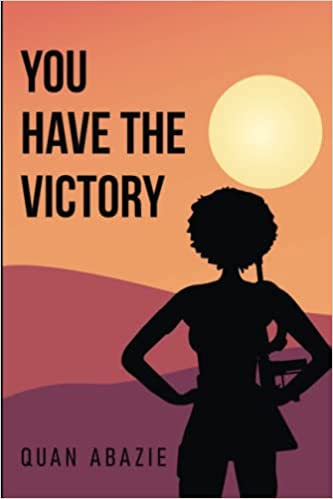 Quan Abazie will reveal more in her book, You Have the Victory at the New Americans Book Fair on Saturday, October 8, 2022, at the Columbus Metropolitan Library, 5590 Karl Road, Columbus, Ohio beginning at 12pm.

You Have the Victory is a story about Quan Abazie’s experience as a young single black woman who was determined to provide a better life for herself and her son Marsalis by enlisting into the Ohio Army National Guard in 1997 with the goal of receiving funds to obtain a college degree.

She was assigned to the 391st Military Police unit.

Due to rising conflicts in the Middle East and rumors of weapons of mass destruction in Iraq, Quan was ordered by President George W. Bush to be involuntarily transferred to the 209th Quarter Master Company from Lafayette, Indiana.

You Have the Victory will take you on a journey of her personal courage, strong faith, endurance, weakness, love, hate, the pure sacrifice this mother took for the love of her son, dealing with the effects of war and racism by suffering from Post‐Traumatic Stress Disorder, and ultimately forgiveness.

Quan Abazie is an educator, author and public speaker.