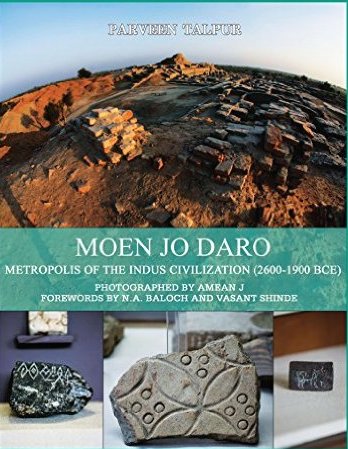 Parveen Talpur, an independent writer, historian, archaeologist, and author of several books will eagerly engage guests in the narrative of a mysterious, ancient city located in Pakistan as succinctly captured in her book Moen Jo Daro: Metropolis of The Indus Civilization (2600-1900 BCE) at the New Americans Book Fair on Saturday, October 8, 2022, at the Columbus Metropolitan Library, 5590 Karl Road, Columbus, Ohio beginning at 12pm. Parveen Talpur will also autograph copies of her books at the fair.

Through text and original pictures by Pakistan’s acclaimed photographer Amean J. the book presents in vivid detail the pre-historic heritage of a peaceful Pakistan.

Talpur explores fascinating folklore, ancient legends, and indigenous languages to tell a story encrypted in a script that is yet to be deciphered.

Apart from her research and writing on archaeology Talpur has to her credit a book of history, a children’s novel, a book of verse and short stories.

She has also co-authored a screenplay, written three documentary scripts, and published a significant number of articles and essays in the Pakistani and American newspapers, magazines, and anthologies.

Her career in archaeology and journalism began simultaneously as she tailored her archeological reports into journalistic articles and published them in Dawn and Pakistan Times, the two most widely circulated English newspapers in Pakistan.

From 1991-97 Talpur was a visiting scholar at Cornell University, New York where she researched the Indus seals. Her research was focused on the geometric designs which until then were ignored by previous archaeologists as votive symbols.  Her research report was published in Wisconsin Archeological Papers1994.

In 1995 Sindh University published her book Geometry on Indus Signs and Symbols and in 2014 Moen jo Daro: Metropolis of the Indus Civilization (2600-1900 BCE) was published.

Currently focused on seal iconography’s socio-cultural content, Talpur is seeking clues in the folklore and the ancient Sindhi words. She explains all this in her book Indus Seals Beyond Geometry: A New Approach to Break an Old Code.

As for her passion for writing, Talpur writes blogs on diverse topics and hosts writing retreats to inspire other writers.